Ambassador’s Meeting with the Commander of the Lebanese Armed Forces

H.E. Ambassador Salman Athar called on General Joseph Aoun, Commander of the Lebanese Armed Forces, in his office today. During the meeting, both sides expressed satisfaction over the existing state of bilateral defence cooperation and also discussed ways and means to further strengthen the relations between the armed forces of the two countries. The Ambassador also handed over an invitation in respect of Commander of Lebanese Naval Forces for AMAN-23 Naval Exercise, which is scheduled to be held in Karachi from 10-14 February 2023. AMAN Exercise is one of Pakistan Navy’s mega events that is held biennially to signify the commitment towards making the seas safer for positive human activities by inviting regional and extra-regional navies for joint exercises. 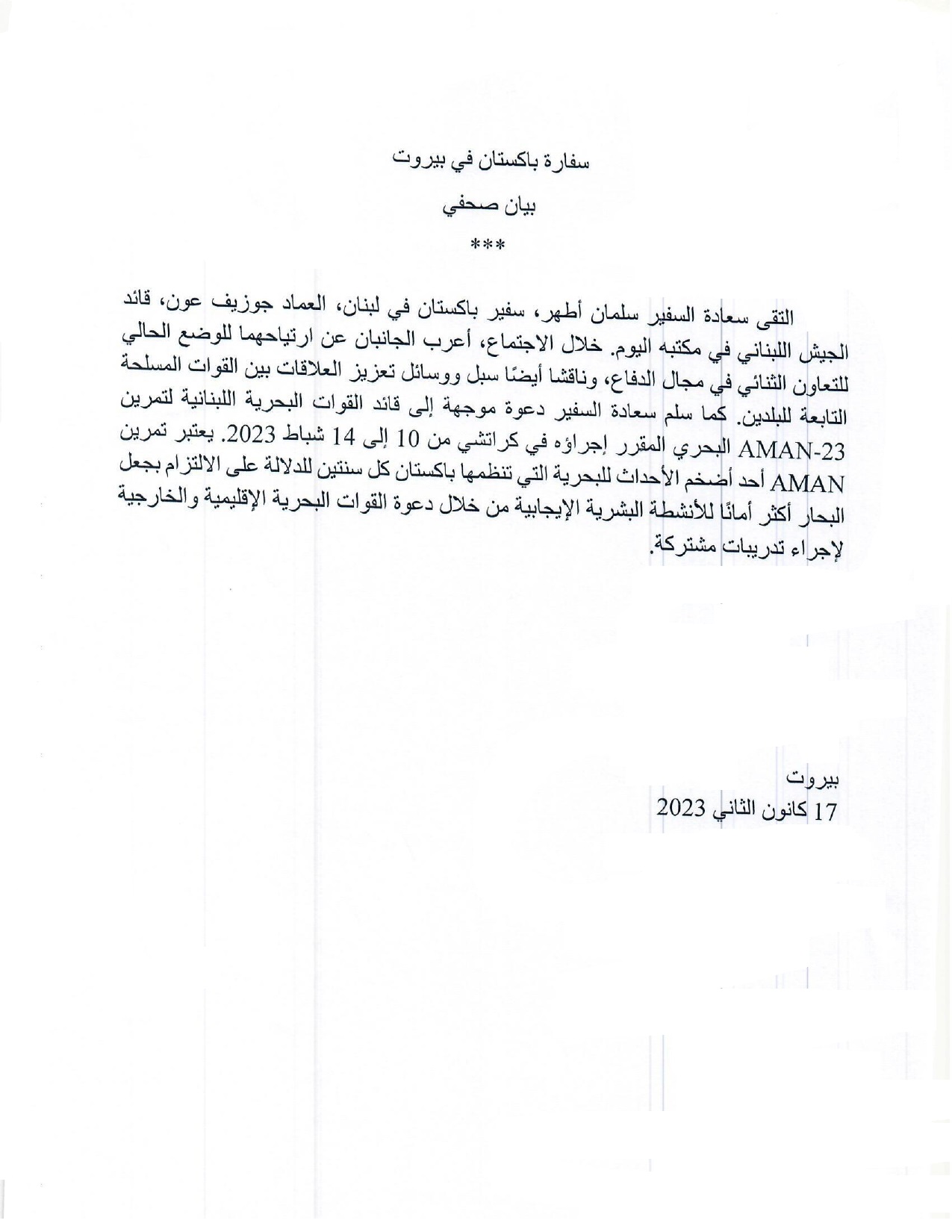