Pakistan High Commissioner Designate to Canada Ameer Khurram Rathore has said that the Government of Pakistan is striving to put Pakistan on the road to a speedy economic recovery and the role of overseas Pakistanis in achieving that goal is of paramount importance.

Earlier, addressing the forum Ameer Khurram Rathore said that he was looking forward to an enhanced engagement with the Pakistani diaspora in Canada as this was the major message impressed upon him by Foreign Minister Shah Mahmood Qureshi during a meeting before his departure for Canada.

The High Commissioner Designate said he would extensively interact with the community in Ottawa, Toronto, Montreal, Vancouver and other parts of Canada in coming days and weeks to consult them and take their feedback and suggestions for further enhancing bilateral ties between Pakistan and Canada as well as bilateral trade, cultural exchanges, and tourism in Pakistan.

He also urged the community members to give their suggestions on how the ekatchehry’s format could be further improved to enhance its scope and outreach and allow an easy and greater participation of Pakistani Canadians in its future sessions. 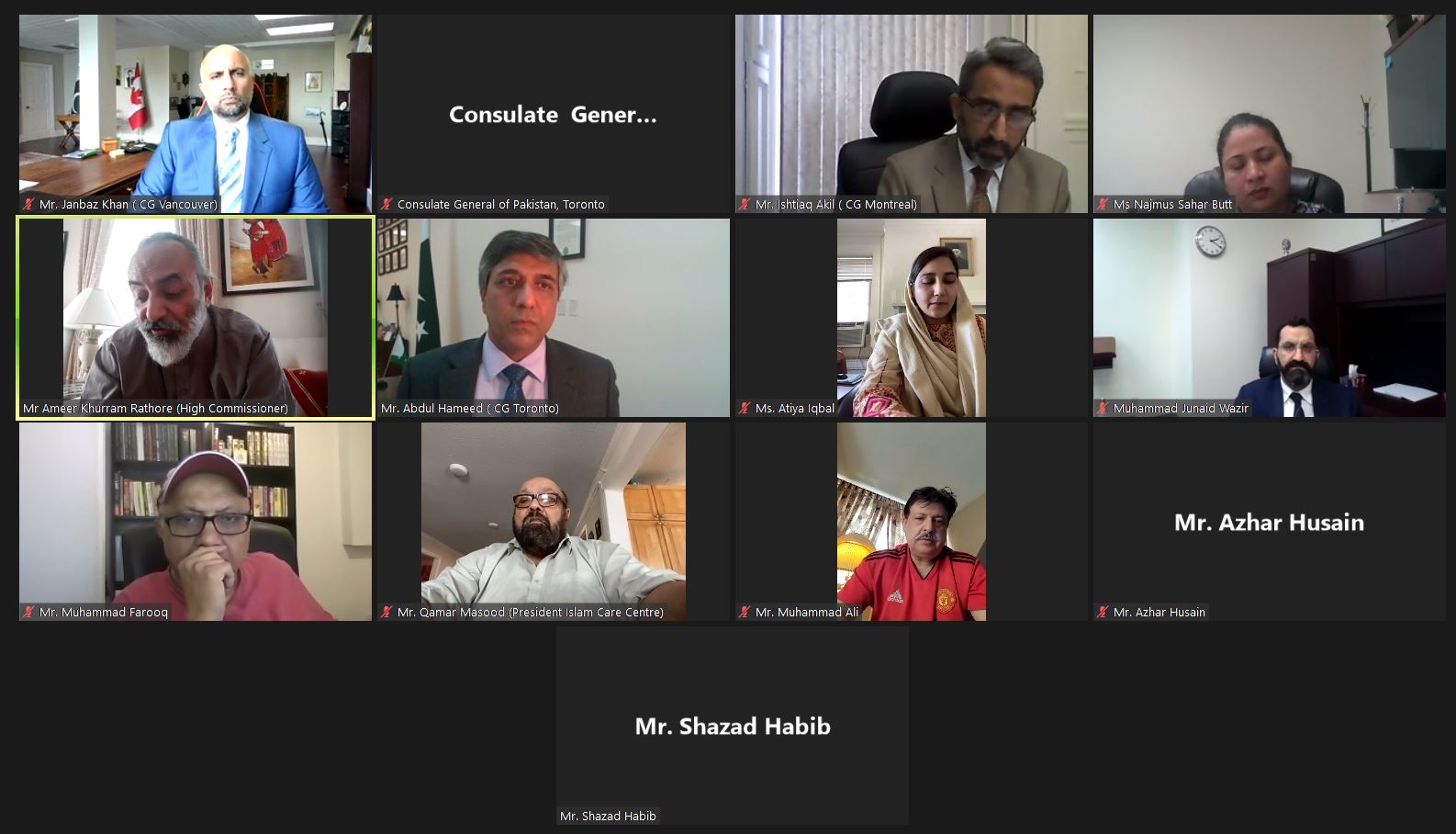