The Human Rights Day was observed at the Embassy of Pakistan on 10th December.

Speaking on the occasion, Ambassador Nadeem Riyaz highlighted the significance of human rights and spoke on the theme of the year “Youth Stand Up for Human Rights”.

He stated that Pakistan is a democratic progressive state which is firmly committed to safeguarding fundamental human rights.

He called upon the international community to implement the United Nations Security Council resolutions on Kashmir and to ensure that Kashmiris are given their rights of self-determination. He stated that the world owes it to the Kashmiri people to protect their basic rights which are being brutally trampled upon by the Indian security forces.

The Ambassador called upon the participants to respect all humans regardless of their religion or ethnicity. He said that it was imperative that the youth should stand up for protection of basic human rights and must raise their voice against racial discrimination and hate mongering. Tolerance and interfaith harmony is the path to the future.

Over 30 students from the High School Pirelli, Rome, members of the community and the embassy officials participated in the event. The participants after the seminar held placards and marched within the Embassy premises. 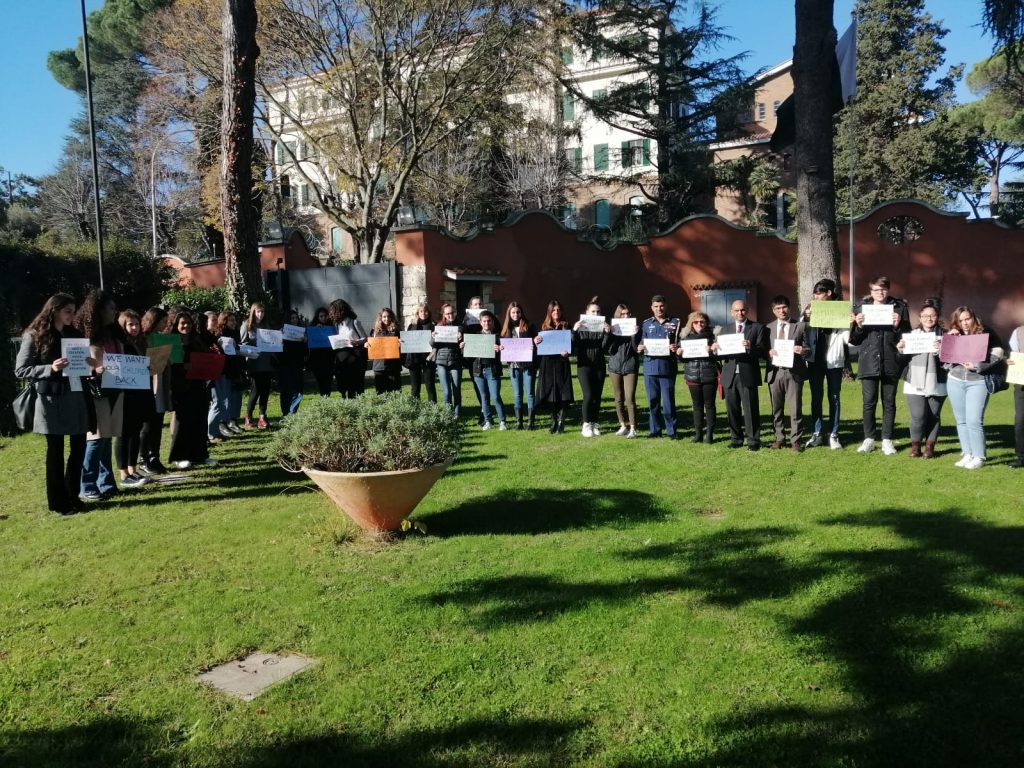