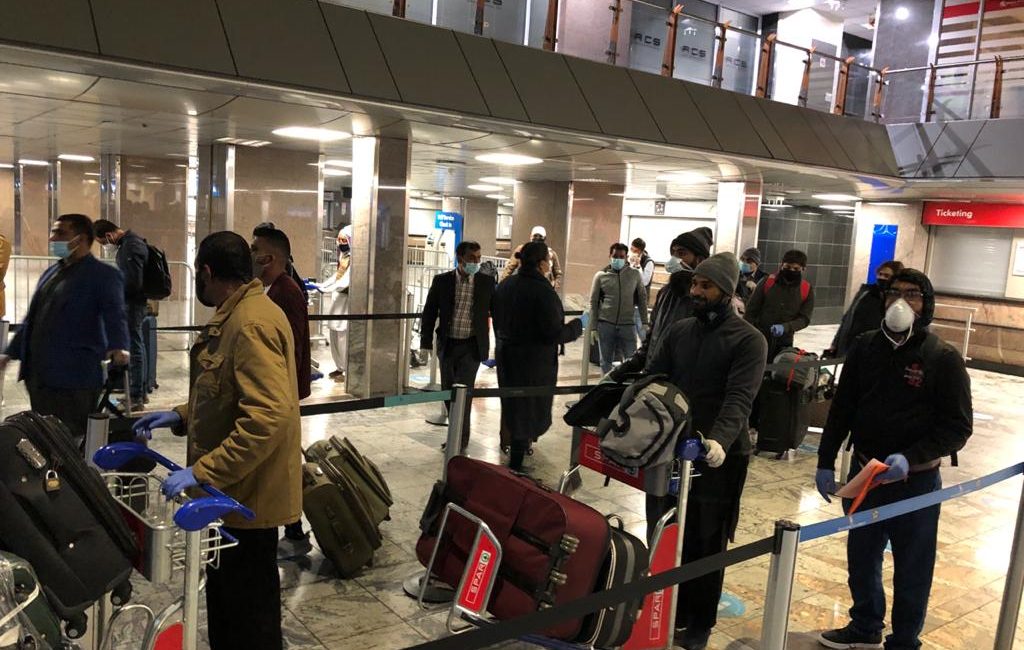 The High Commission of the Islamic Republic of Pakistan in South Africa has facilitated the return of about 57 Pakistani citizens from South Africa and neighboring countries through a Special Chartered Flight on 05 June, 2020.

Enroute, the Special Flight would also carry about 50 stranded Pakistani nationals from Madagascar taking the total number to 107.

This is a third such Special Chartered Flight arranged for the return of Pakistani citizens by a local Muslim Trust Fund called Baitun – Nusra in collaboration with relevant authorities of the South African Government.

Pakistani nationals stuck in neighboring countries of Mozambique, Kingdom of Eswatini, Kingdom of Lesotho were also part of the evacuation process. Pakistani citizens in different cities and towns of South Africa were also brought to the capital city by the High Commission.

In the recent past, 81 Pakistani nationals were repatriated to Islamabad on 20 April and 83 South Africans were transported back to their home country. Subsequently, 108 destitute Pakistani citizens were transferred back to their homeland on 13th May 2020. Hence, in total about 250 stranded Pakistani nationals have been evacuated from South Africa and its neighboring countries as of 05 June 2020. In addition, about 50 stranded citizens were also evacuated from Madagascar.

This whole process of repatriation could not have been accomplished without untiring efforts and valuable support of Ministry of Foreign Affairs of Pakistan, Department of International Relations and Cooperation and Home Affairs of South Africa as well as other relevant Departments of the Government of Madagascar.