H.E. Mr. Salman Athar, Ambassador of Pakistan to the Republic of Lebanon called on H.E. Mr. Nabih Berri, Speaker of the Lebanese Parliament today. The Ambassador accorded a comprehensive briefing to him on the recent floods in Pakistan which resulted in massive displacement and disaster in the country. The Speaker offered his condolences to the government and people of Pakistan on the loss of human lives and properties in the aftermath of recent floods.

During the meeting, both sides also discussed the ways to strengthen the parliamentary cooperation and early conclusion of the draft MoU on Parliamentary Cooperation between the Parliament of Lebanon and National Assembly of Pakistan. They hoped that the said MoU will be finalized soon. The Ambassador, while referring to the invitation extended by H.E. Raja Pervez Ashraf, Speaker National Assembly of Pakistan to H.E. Mr. Nabih Berri for visiting Pakistan further hoped that the Speaker will be able to undertake visit to Pakistan at his earliest convenience. 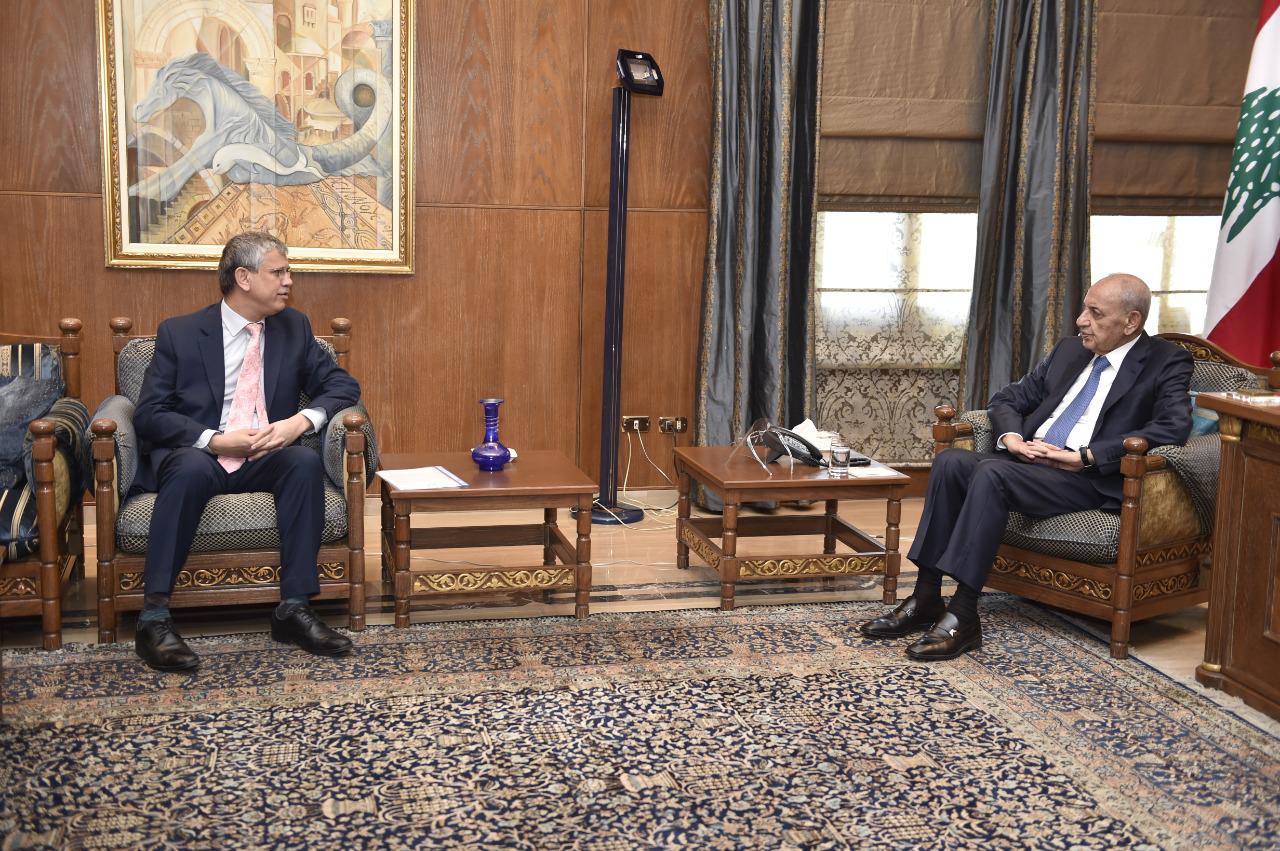