The event commenced with the recitation of the Holy Quran. Messages of the President, Prime Minister and Foreign Minister of Pakistan were read out.

In his remarks, Dr. Zafar Iqbal, Ambassador of Pakistan to Romania informed the participants that this year 27th October marks the completion of seventy-five years of illegal occupation of Indian Illegally Occupied Jammu & Kashmir (IIOJK). The Day is observed to remember the sacrifices of our Kashmiri brothers and sisters in their just struggle for their right to self-determination. He further mentioned that situation has worsened considerably over the last three years with India’s illegal and unilateral actions of 5 August 2019 which stripped Jammu and Kashmir of its special status under the Indian constitution. Over 690 innocent Kashmiris have died in extra-judicial killings at the hands of Indian occupation forces since then.

Referring to the message of the Prime Minister, Ambassador mentioned that history is witness to the fact that solemn commitments made by the Government of India to the people of IIOJK to abide by and implement the relevant Security Council resolutions have been disowned by the occupying powers. People of Jammu and Kashmir are still waiting for the international community to fulfill its promises made through UN Security Council’s multiple resolutions, demanding a free and impartial plebiscite for Kashmiris to exercise their inalienable right to self-determination. The Ambassador reaffirmed Pakistan’s continued diplomatic, moral and political support to the just struggle of the people of Kashmir.

A photo exhibition along with screening of video documentary and a special song released by the Ministry of Foreign Affairs of Pakistan were played.

The 27th of October is observed the world over as ‘Kashmir Black Day’ as 75 years ago, on this day, India without any legal justification, forcibly took control of the State of Jammu and Kashmir. Since then, the Indian Occupied Forces are mercilessly killing innocent and unarmed Kashmiris, vandalising their properties and indulging in other inhuman acts. 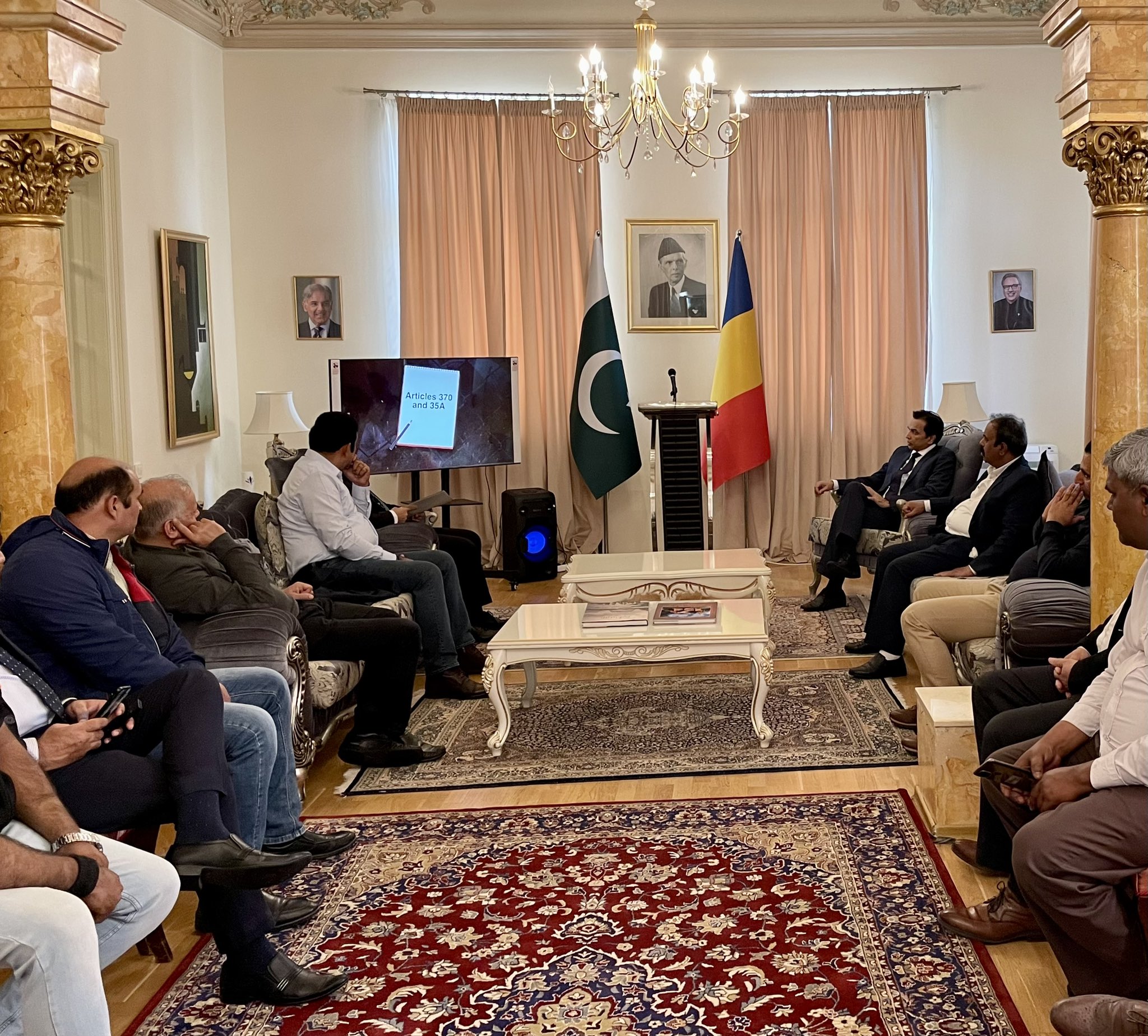