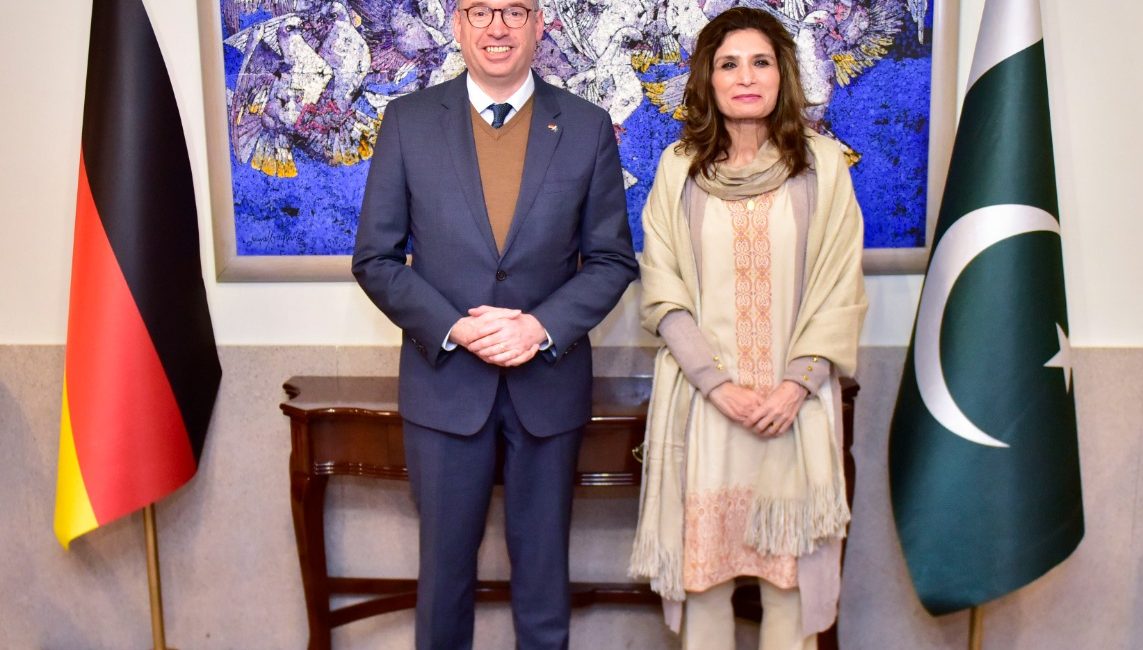 Home Press ReleasesVisit of German Minister of State to Pakistan

Visit of German Minister of State to Pakistan

The German Minister of State of Federal Foreign Office Niels Annen who is on a two day visit to Pakistan met the Parliamentary Secretary Andleeb Abbas at the Foreign Office today. The two sides expressed satisfaction at the current trajectory of bilateral relations and reaffirmed their commitment to strengthen cooperation in political, economic, trade, investment and educational sectors.

During the talks, the two sides discussed a wide range of bilateral and regional issues. The Parliamentary Secretary briefed on the improved business climate and Ease of Doing Business in Pakistan. She hoped that the German automobile company Volkswagen would soon start its assembly plant in Pakistan and invited other German companies to take advantage of the investor friendly policies of Pakistan. She also thanked Germany’s support to Pakistan on GSP Plus status and hoped it would continue its support during the ongoing biennial review.

On the deteriorating regional peace environment, the Parliamentary Secretary informed the German Minister that Pakistan viewed with deep concern the recent developments in the Middle East region. Pakistan shared the emerging sense in the region that there should be immediate de-escalation and concerted efforts to prevent conflict. She reiterated that Pakistan would not let its territory be used against any other state and would not become a party to regional conflict. She stated that Pakistan remained committed to preserving peace and stability in the region as partner for peace. In the same spirit the Foreign Minister was touring Iran, Saudi Arabia and the USA to continue contacts to further promote de-escalation and prevent conflict.

The Parliamentary Secretary also briefed the German Minister of State in detail on the grave human rights situation in Indian Occupied Jammu and Kashmir in the aftermath of India’s unilateral and illegal actions of 5 August 2019. She urged Germany to play a role to address the grave human rights and humanitarian situation in IOJ&K which has been under a lockdown for over 160 days. She also called upon the international community to play a stronger role in ensuring the right to self determination given to the Kashmiri people by the relevant UNSC resolutions and for the permanent and final settlement of the Kashmir issue.

On Afghanistan, the Parliamentary Secretary apprised the German Minister on the positive role played by Pakistan in the talks between the US and the Taliban. Afghan Peace Process was at a critical stage. It was in the interest of all parties concerned that the progress made should be preserved and further advanced. Pakistan believed that a politically negotiated settlement led and owned by Afghans is the only suitable solution for Afghanistan. The German Minister appreciated Pakistan’s constructive role in the Afghan peace process and steps taken by Pakistan towards promotion of regional peace and stability.