Kashmir Solidarity Day was observed in South Africa by the High Commission in collaboration with Pakistani community, local Muslim population, friends of Pakistan and people from all walks of life.

In this connection a full house event, attended by academicians, journalists, representatives of  community, religious scholars and officials of the High Commission, was also held  in the premises of High Commission to commemorate the Kashmir Solidarity Day  (05 February2020). Whilst addressing the gathering the Deputy High Commissioner Mr. Adnan Javaidreiterated Pakistan’s principlestance over Kashmir against the Indian state terrorism and condemned the killings in the Indian Occupied Kashmir by the Indian Occupation Forces terming it “unacceptable”.

Messages by the President and the Prime Minister on Kashmir Solidarity Day were also read out to the audience. The messages highlighted the bravery and courage displayed by the people of Indian Occupied Kashmir underscoring that Pakistan would continue to provide moral, diplomatic and political support to the people of Jammu and Kashmir in their quest for attaining their inalienable right to self-determination. Condemning the Indian unilateral revocation of its constitutionally enshrined special autonomous status of Kashmir, the messages  underlinedthat this act constitutes the worst Indian atrocity and utter disregard of the UN resolutions and basic right toself determination of Kashmiris.

The guest of honour Mr. QamarZamanCheema, Assistant Professor (International Relations), National University of Modern Languages (NUML), Islamabad addressed the audience. Mrs. Shamshad Begum, Mr. Salman Khan, Mr. Naveed Ahmed and other pro Kashmiri activists in South Africa also underscored the important role of the international community in helping to bring a lasting solution to the Kashmir dispute. They expressed the hope that the South African community would be actively engaged on this vital subject.

The event was concluded by offering the prayers for the just solution of Kashmir dispute and a bright future for the people of Kashmir. 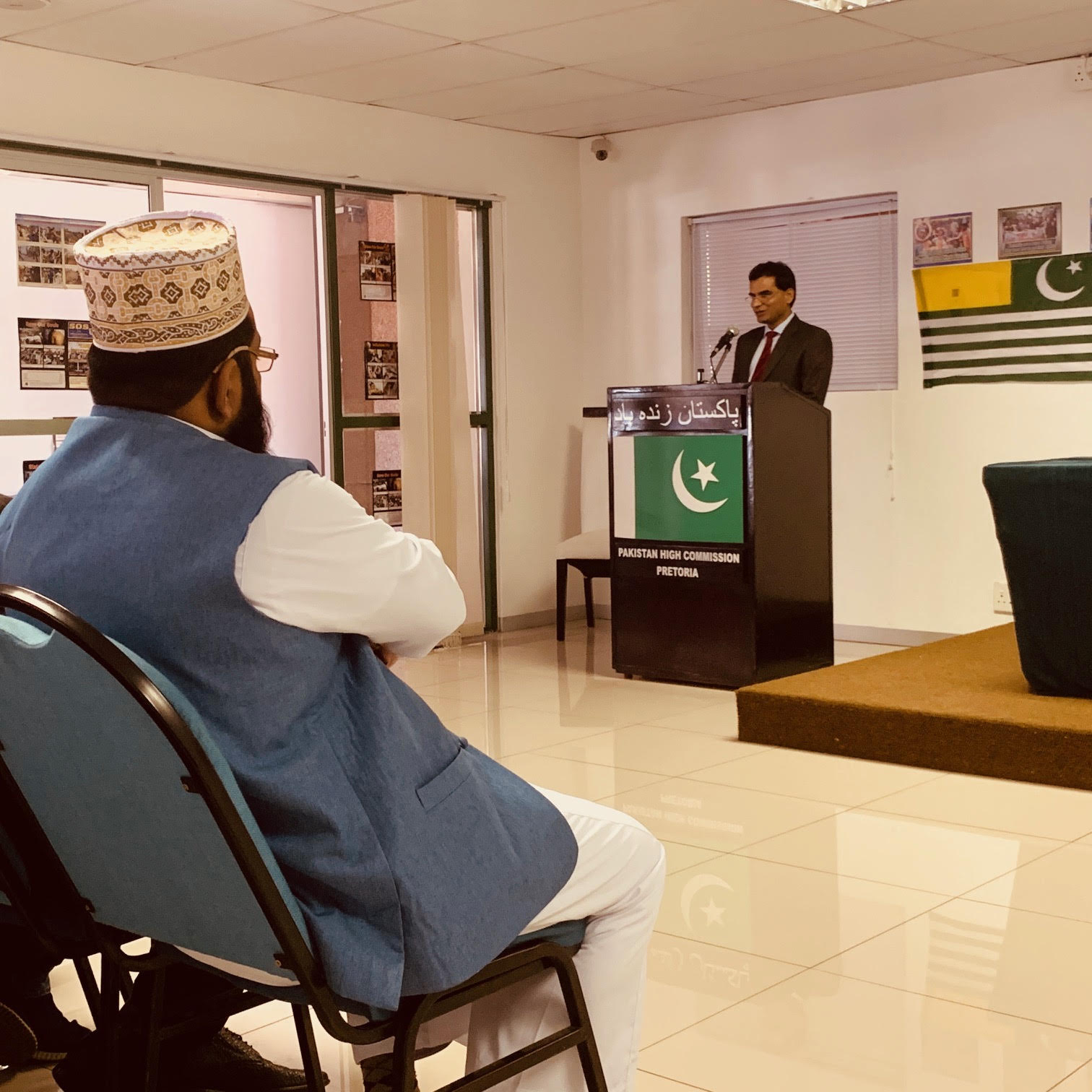 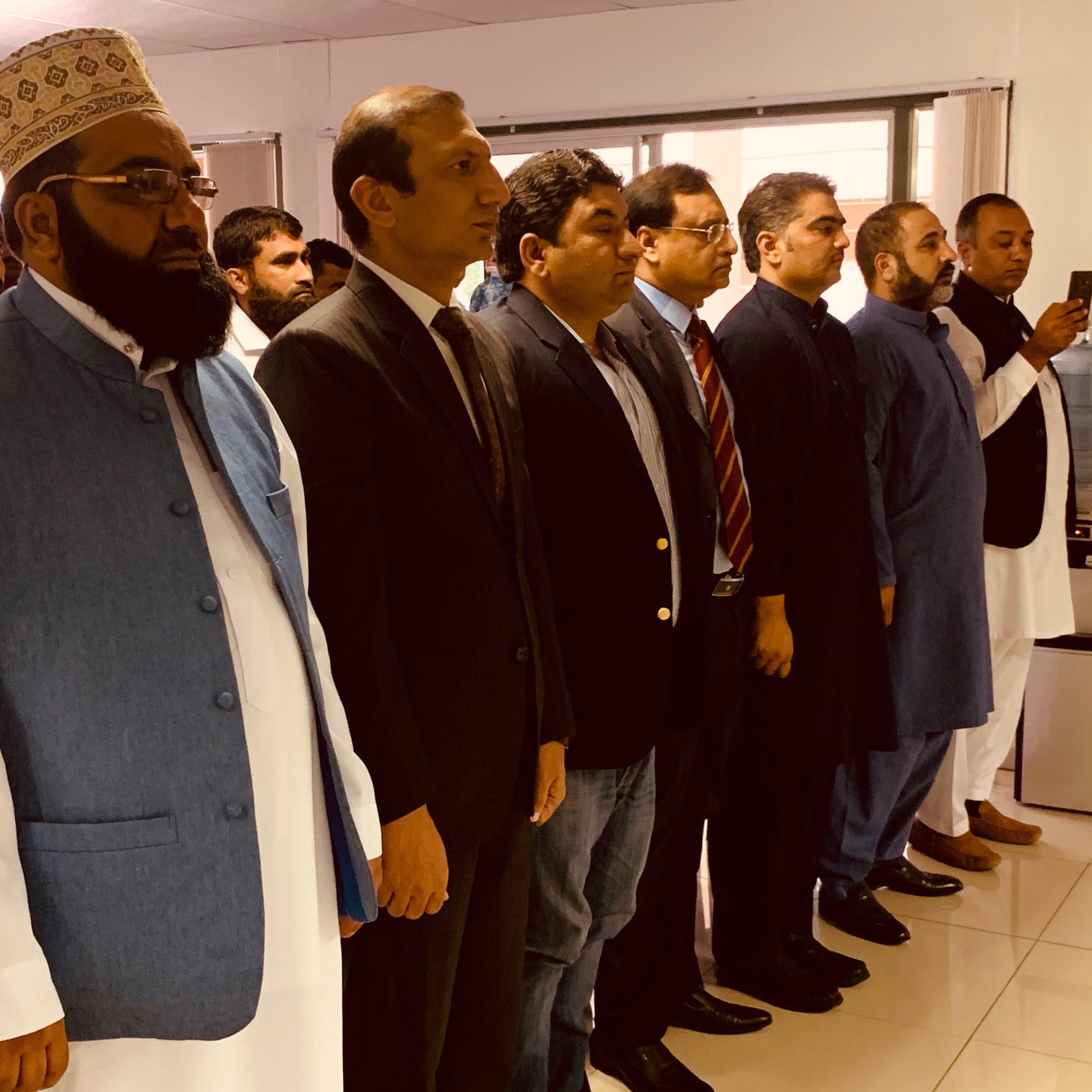 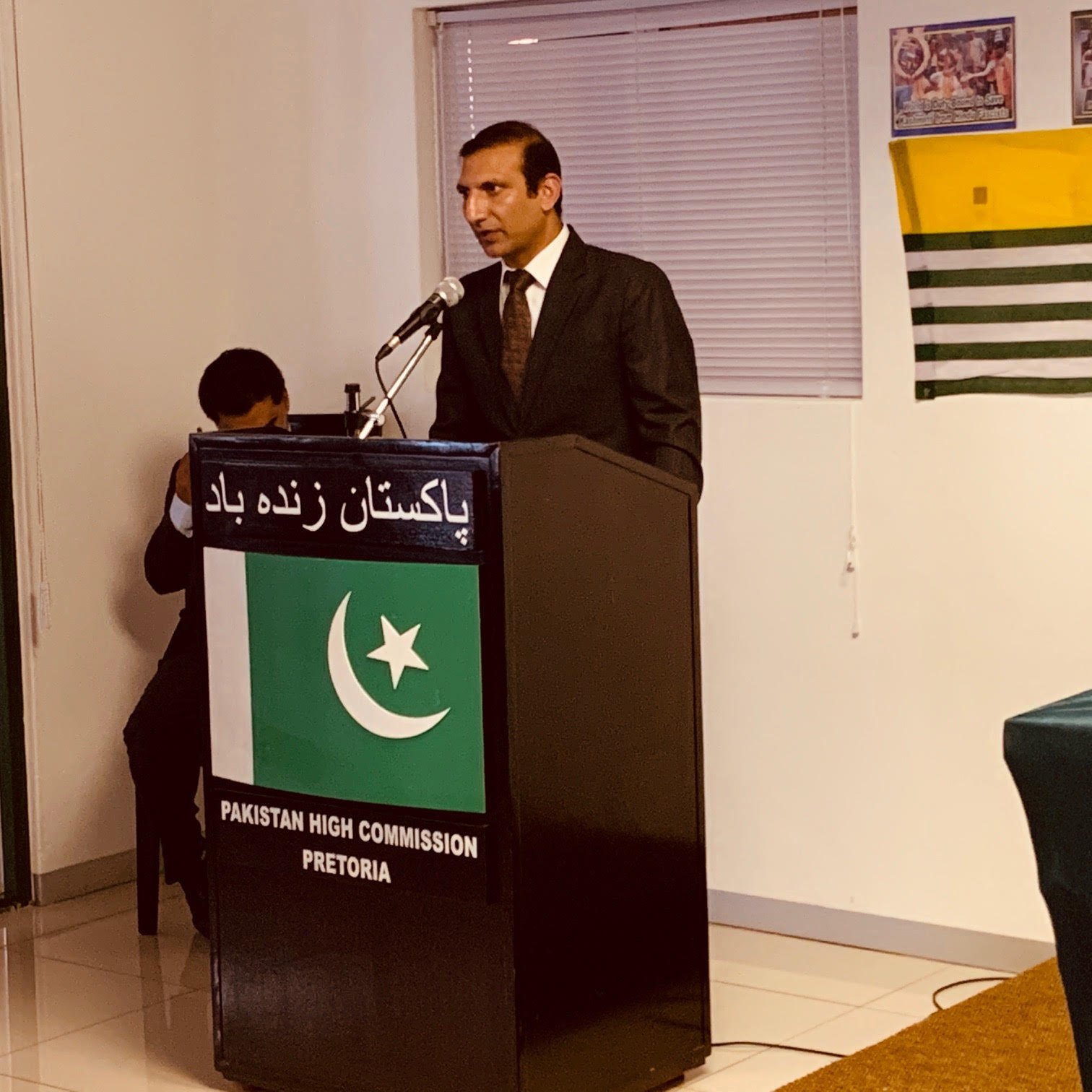 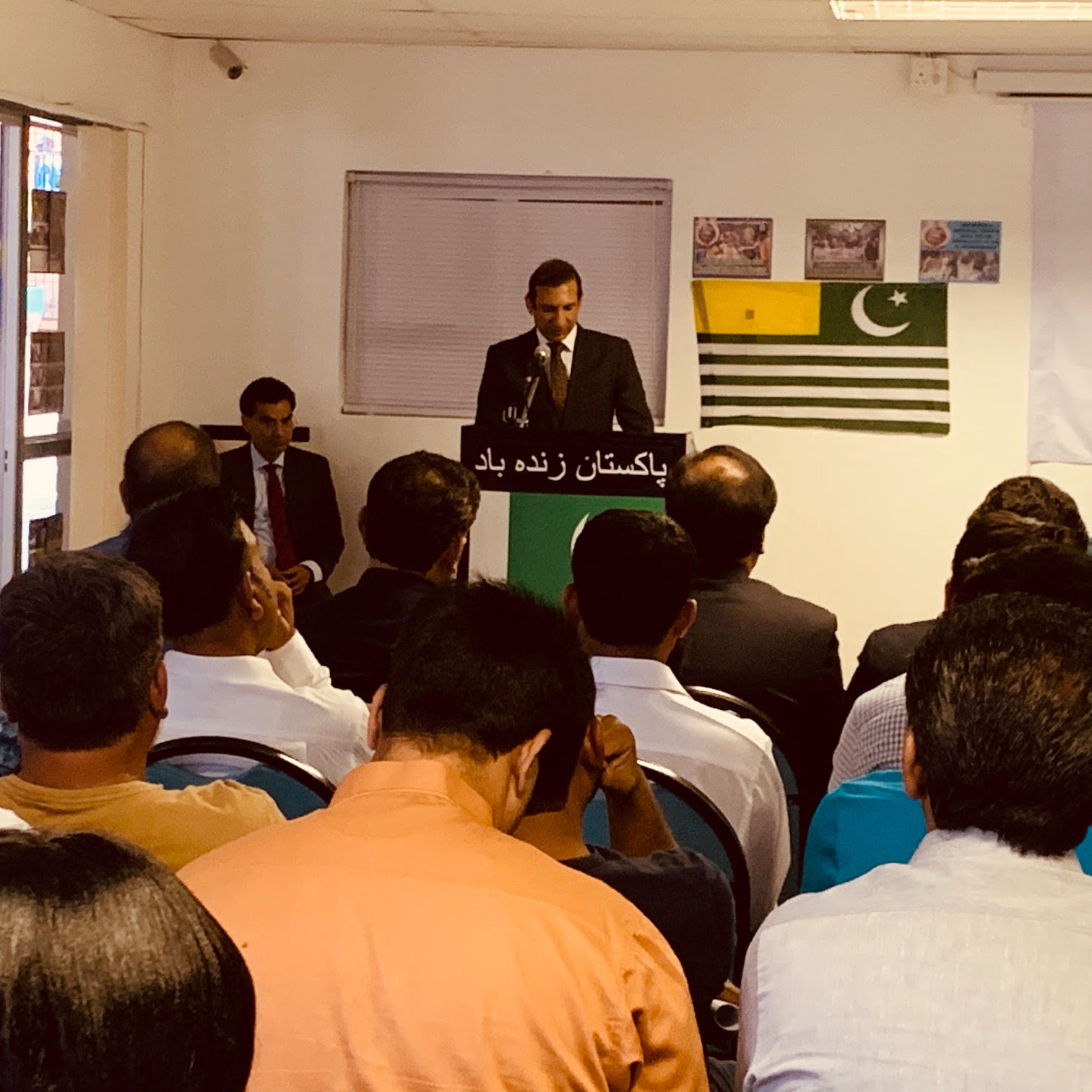 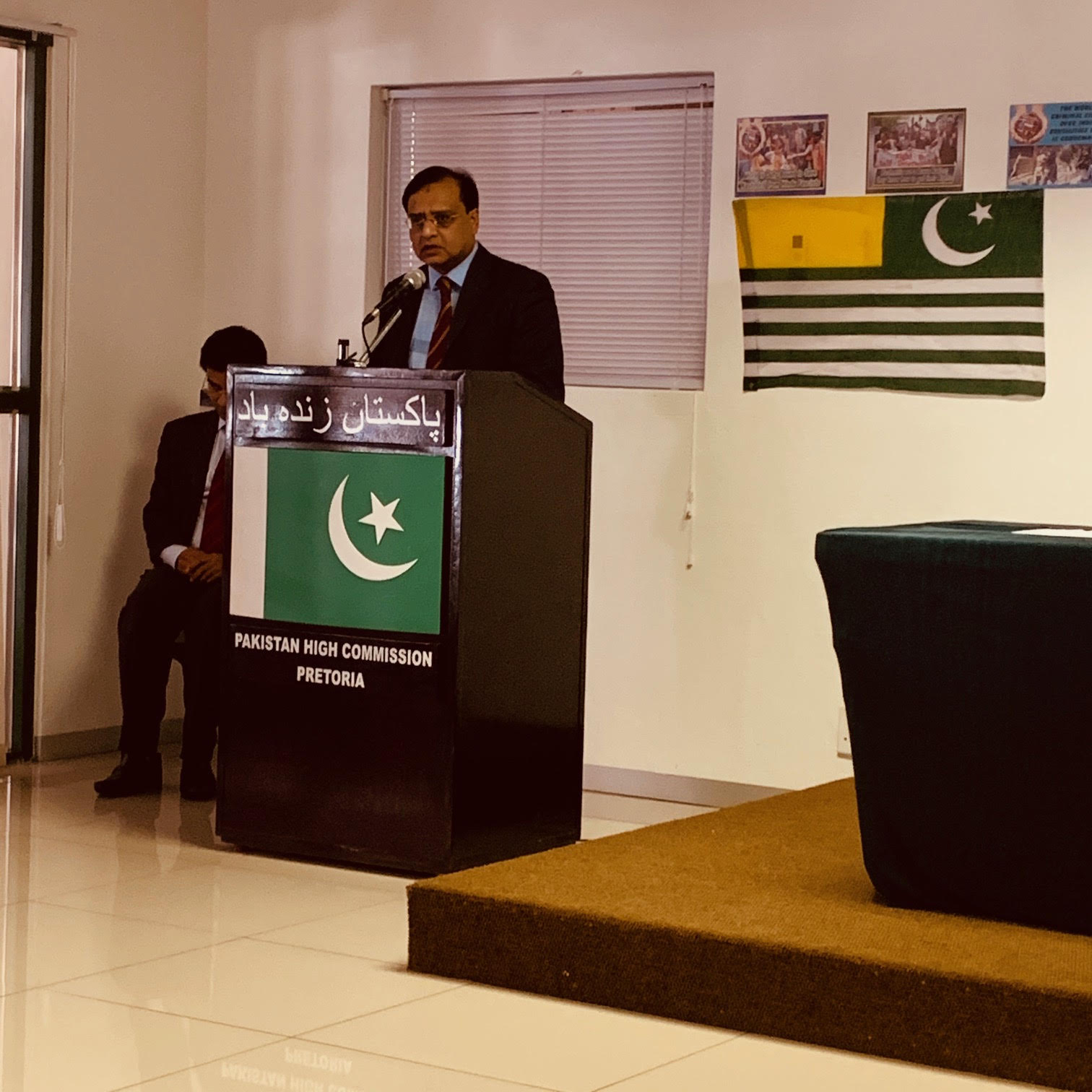 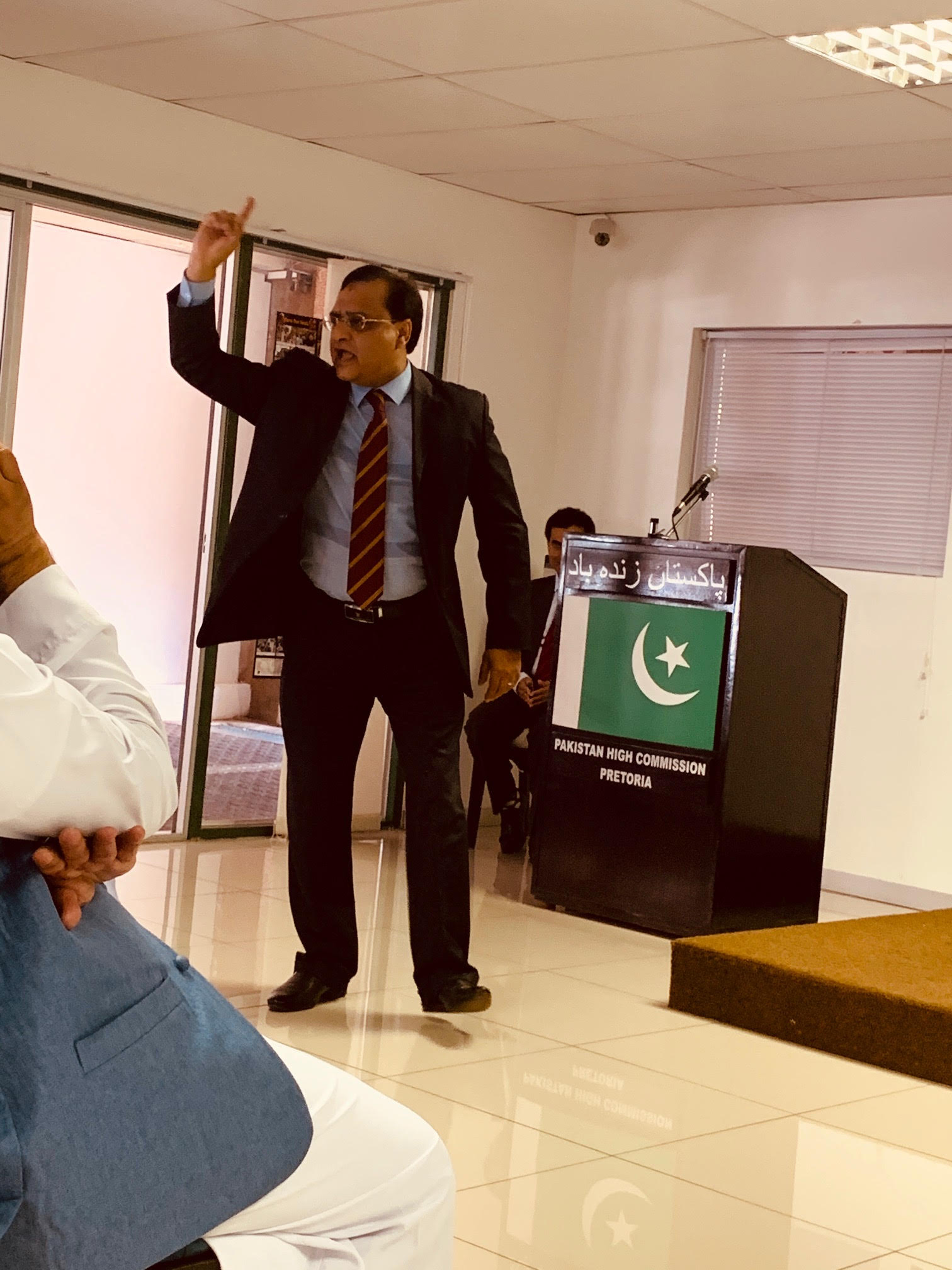 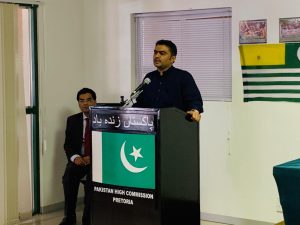