On the occasion of 74th Pakistan Independence Day, a simple and dignified ceremony was held at the Consulate General of Pakistan, Milan (Italy) on Friday, August 14, 2020. More than 200 Members of Pakistani Community and staff members of the Consulate General attended the programme. After recitation from the Holy Quran, Dr. Manzoor A. Chaudhry, Consul General raised the Pakistan Flag as the National Anthem was played in the background. The messages of the President and the Prime Minister were read out to the audience by Mr. Mohsin Saeed, In-Charge MRP Operations.

In his speech on the occasion, the Consul General eulogized the efforts of Quaid-e-Azam Muhammad Ali Jinnah and other leaders. He stressed that younger generations of Pakistan have to work in selfless and tireless manner to take the Nation to new glory. He stated that the Armed Forces of Pakistan were on alert and would thwart any nefarious designs of the enemy.

The Consul General praised the Pakistani community living and working in Italy. He urged them to display unity among their cadres and follow local laws and regulations. He appreciated the efforts of the community in nation-building and thanked them for their contribution in sending remittances. He stressed the need for enhanced role for the women and girl child. The Consul General praised the community and its leadership for their unity and discipline during COVID-19 and stressed the need for continued care and caution in the wake of second surge.

The Consul General stated that Indian Occupied Kashmir has been subjected to great misery by the Indian fascist regime. He said that Pakistan would continue to extend diplomatic, moral and political support to Kashmiri people’s right to self determination in accordance with the United Nations Resolutions. He appealed to the Members of the Pakistani community to raise their voice against the injustices against the Kashmiri people.

Prayers were offered for progress and prosperity of Pakistan. Light refreshments were served at the end of the programme. 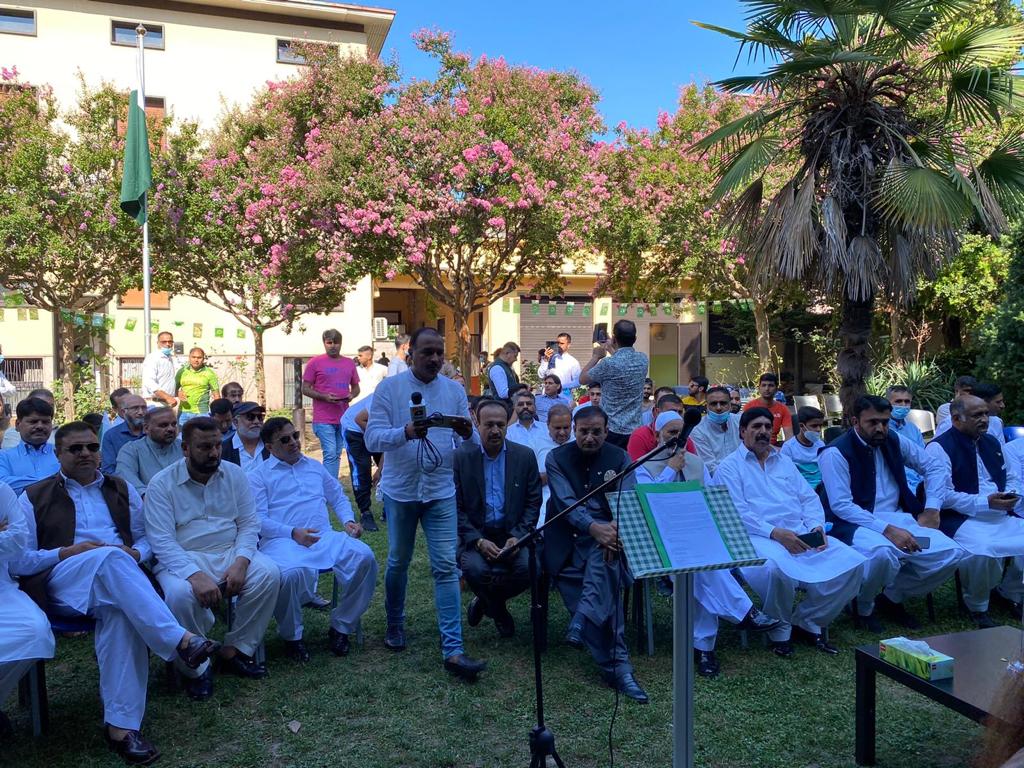